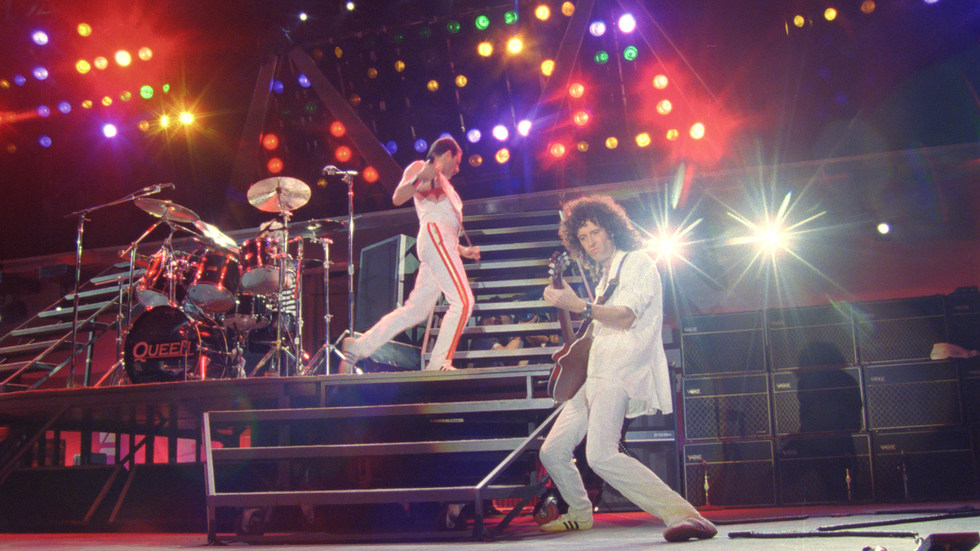 Originally filmed in 1986, this momentous concert movie has been re-mastered in 2k high definition and superb 5.1 surround sound for its first–ever cinema screening.

Originally shot on 16x 35mm film cameras, Eagle Rock Entertainment were able to get the film scanned on a Northlight film scanner and the entire movie sent to The Look for the conform and grade.  Supervising Colourist Thomas Urbye and Colourist Jason Wallis painstakingly graded each shot of the film, working hard to recreate the natural skin tones of the band and the spectacle of the performance.  Once complete it went to Premier PR’s Simon Marbrook for restoration.  It then returned to The Look for a final pass and subsequently packaged and released in cinemas across the world.

Thomas Urbye comments “This is an epic film, the concert is breathtaking and the production work of a very high standard.  As soon as we started working with the film scans we could see that attention had been paid to quality standards right through to our stage.  By the time we had finished, the film looked like it was shot last week.  Whether people are Queen fans or not, this is a film not to be missed”.

If you missed the cinema release, the film is available on Blu-ray.

Background: As part of the hugely successful 1986 Magic Tour that, poignantly, was the last to be played by Freddie Mercury, Queen were for the first time able to include Hungary on the tour schedule. With three years to go before the fall of the Berlin Wall, this was the largest concert ever staged at the Népstadion, Budapest, and the first Western Rock Concert staged in a stadium behind the then Iron Curtain. It was of such significance to the Hungarian authorities and film industry that a group of the country’s top film cameramen and technicians were brought together to film it for posterity.

Staged for 80,000 ecstatic fans, the concert set includes favourite hits like Bohemian Rhapsody, Crazy Little Thing Called Love, I Want To Break Free and We Are The Champions.

“We’re delighted that Queen fans across the world will finally have the chance to relive this amazing moment for the band. We knew a stadium concert in Budapest was ground–breaking, but hadn’t quite anticipated what a historic night it would turn out to be.  The concert looks fantastic on the cinema screen in all its digitally re-mastered glory and the documentary does a great job of setting the scene – it really was an extraordinary time in the band’s history.” Brian May and Roger Taylor